The biggest industry conference of our year happened last week and it was, unfortunately, a minor super-spreader event. One in three folks who went seem to have COVID now, and colleagues and customers are showing up on meetings all sweaty-faced and wheezing (WHY. NO. NOT ZOOM, BED. GO TO BED).

So despite some general FOMO I'm glad I didn't go, but that doesn't mean the 'rona isn't here too; a number of friends are also down with unexplained unwellness, and it feels like we've just totally given up on trying, as a society, to not spread this thing around. Despite the totally unknown long-term effects. So, sigh. I hate this. Feel better, y'all.

In less plaguey news about bodies, some terrifying 23andme results popped into my inbox last week in the form of a very close cousin match. Originally I was curious in general about my ancestry (the answer: Irish, Scottish, English, and Inbred), but was more about the health results than actually finding relatives. But it was fascinating to see how the various genetic matches lined up, so I spend many hours happily playing what I called the "relatives game." Using some sharp research chops and very cool tech I'd narrowed it down to a great-grandparent on each side.

And that was fun as an academic problem because 1. my ancestors had nothing better to do than have hundreds of children, apparently?, and 2. they were all cousins. So what should be a tree looks rather more like a large box hedge, and I was very reluctant to call up a bunch of strangers and be like "I have really fat upper arms: EXPLAIN YOURSELVES" without being really sure who -- specifically -- they were.

I was pretty sure, though.

But still. I wasn't sure about reaching out. To be fair I'm just conflicted about family in general -- I grew up in a very small one that was not what you might call "happy," for various tragic and complicated reasons, so although in finest consultant fashion I understand the theory of family, I also know that a lot depends on the implementation details. I just didn't want to throw a wrench into anyone else's just for my own curiosity, without really understanding the implications.

But I also know that life is short, and you never get enough time to ask all the questions you want to ask. So... I asked. Now, to see if I get an answer.

"I have really fat upper arms: EXPLAIN YOURSELVES" -LOL!

There is a lot happening in this post. Very complicated things. I hope you get some of the answers you are looking for. 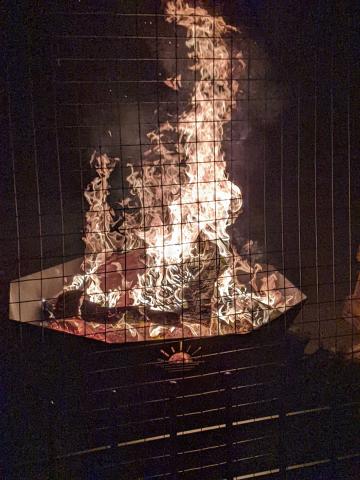